The Farmington Democratic Town Committee remember and honor all those men and women in the armed services who gave their lives defending the freedom of our nation.

Please join your elected officials in the Memorial Day remembrance parades held on Monday May 27th in Farmington starting at 8:30 a.m. on Garden Street and in Unionville at 10:30 a.m. at the corner of Route 177 and New Britain Avenue. 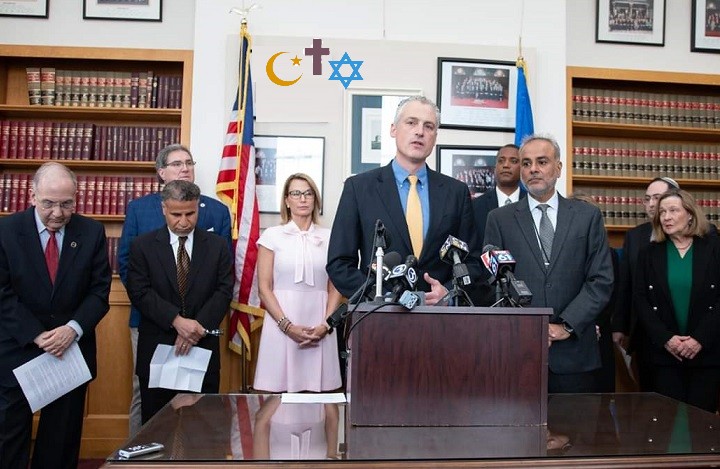 The Farmington Democratic Town Committee stands united along with our Democratic State Senator, Derek Slap, who recently led a bipartisan group of legislators and faith leaders to propose setting aside $5 million in the upcoming state bond package to help the congregants of Connecticut synagogues, mosques and churches remain more secure from domestic hate groups by installing various security measures such as remote door entry systems, video monitoring systems, and shatter-proof windows – the same type of improvements the state offered public schools in the wake of the 2012 Sandy Hook shootings.

The Farmington Democratic Town Committee is in agreement with this statement issued by our State Senator Derek Slap: “We’re seeing an increase of attacks on Jewish, Muslim and Christian churches across America, and some right here in Connecticut. These attacks strike at the heart of our social fabric, tearing at people’s faith in the very places where they should feel secure and at peace. It’s critical people not feel intimidated when they go to church or synagogue or mosque to live their faith.”

We will continue to support the General Assembly when they stand united to protect the community whom they represent.

Anyone choosing to provide financial support to help rebuild the New Haven mosque may make a contribution at the following site: https://www.launchgood.com/campaign/united_for_new_haven_mosque#!/.